The exhibition presents a continuation of the artist´s on-going interest in labour and the notion of self-fulfilment in today’s society, which results in a discourse of advertisement, commercial promotion and respective underlying ideologies. Highlighting this, he integrates a conceptual approach of current phenomena with formalistic methods from the past, constructing non-linear narratives. In his works, he pairs an aesthetic of socialist realism with contemporary slogans, traditional ceramics with hyperlinks and comic sketches, deconstructing limiting factors while at the same time capturing historic elements to deliberately embed the exhibition locally, in the turn-of-the century architecture of Salon Kennedy.

Intrigued by the so called “future job opportunities”, featured by certain online blogs, Robert emphasizes the “opportunity” for the individual as a means of guiding or rather directing the masses into the right direction. While everyone seems to follow the same guidelines and rules, in the end one is left to their own devices. This is underlined by a clear and cold atmosphere of the first room. Offerings for “future jobs” are presented on the walls in precise order, reflecting an ideal scenario for the searching individual. Precious, high polished ceramic plates highlight the importance of the subject matter. Yet, when looking more closely, one recognizes flaws, scratch marks and the fragility of the century old material. The plates appear almost like archaeologically discovered objects or oracles, haptically reflecting traditional craftsmanship and techniques that contradict the traces of the virtual world. These different layers and combination of short statements or text-fragments from online job-platforms and above all in comment section of articles on the so-called future industries, found imagery and sketched elements blur the clear message. Adding personal touches through color or comic drawings, the artist points to a personal notion that often seems to be lost. Just as the mass might be manipulated or fooled by certain institution, that commission future researches, the artist manipulates the viewers perception.

While the white neon light reminds of the sober light reflected from the computer screen, the second room welcomes the viewer through a see-through curtain out of plastic foil and confronts him/her with a partly cosy partly pressing atmosphere. The impersonal feel is now replaced by intimacy, the order by chaos. The precarious feel of not knowing what it is we are looking at, is again translated to the entire room. While the first room reflects upon people and society dealing with future predictions, the second room brings us back to the past: covered walls and furniture, scattered tableware and boxes, left on the floor indicate a state of transition, not knowing if the place was already or is about to be left.

Paintings, informed by an aesthetic of 1930s Socialst Realism suggest a long past era. However, when looking more closely, another layer appears: Slogans on top of the paintings, small statements on the porcelain and boxes, again create a link to the presence. Similar to the job-offerings that are directed to a broad mass of individuals, Robert Brambora now points to an omnipresence of media and commercials. The slogans underneath each painting add up to a storyline of the “Asics” commercial – “it’s a big world go run it”. Here, the artist not only highlights the similarity of the athletic motif that Socialist Realists often used as an indicator for awakening, progression and change. While back then, this “positive aesthetic” of the fit individual in a picturesque landscape, so obvious and almost strictly translated into imagery that it appears even banal, was supposed to trigger a feel for collectivity, the racing crowd now indicates the drive as permanent condition; goals, constantly replaced by new ones, that eventually become secondary and fade.

The challenge, be it athletically or professionally has turned into a concept of life, a mantra for the successful human being on top of societal perceptions. The perceptions are formed, supported and propelled by official organs and/or media. 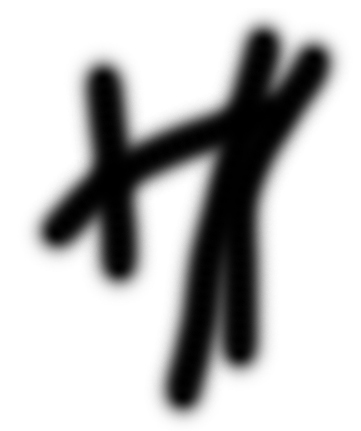