Pink walls, a lemon tree and Leonardo di Caprio gazing around exploded soccer balls spread across a black and white chequered floor. Silently in the corner there’s a punching bag steak aging next to the central heating..

“Vanity Fair”takes it’s title from the eponymous lifestyle magazine, which has been covering popular culture, fashion and current affairs since the early 1980s. While standing for worldly frivolity, the title describes the life of a community or social group characterized by a preoccupation with idle pleasures and ostentation.

For their exhibition at Salon Kennedy Florian Auer and Yves Scherer use both the gallery space and it’s surroundings to create an environment, which reflects upon these issues: Pink walls in combination with the spaces ́ornaments remind of the Royal Tennenbaum’s London mansion, traditional Salon-Style or Julian Schnabel’s Palazzo Chupi in Greenwich Village New York, while the black and white tiled floor in the other room adds a more domestic kitchen look to the space. // On top, the combination of these two components with a large Persian rug in the existing architecture cause sort of a loungy atmosphere, a romantic feel-good place for yuppies – we could think of a temporary Frankfurter Soho House.

Yet, when looking more closely, one realizes that beyond the surface not everything is real. The noble black and white ceramic tiles are in fact chequered PVC that we know from the cliché gypsy kitchen or student houses. The lemon-tree – its future existence as the healthiest and freshest of all life-style juices already in it’s DNA – is plastic. This form of simulation along with a certain interest in body cult and hyperreal encounters, forms the core of Florian Auer’s artistic interest. All elements can be found in his new body of work Pink,orange,white ball takes the shape of distorted soccer balls – Yves Klein’esque sponges that speak of muscular legs and the sheer power of players like Christiano Ronaldo. Sitting on plinths and combined with a half-torn nike jersey as a torso on top of the door-frame, they form trophies one takes home as remedies of such televised battles. At this point the Salon culture meets the „Just do it“ mantra of sport brands and male competition; of watching sports games together with your buddies on a Saturday night, where the socio-cultural aspect of a club is paired with mass culture.

The punchbag resembling a piece of raw meat on the other hand suggests a different idea of sports in your living room. Home trainers and workout videos come to mind as well as a state of the art open plan start up office in Silicon Valley. While being a tool for toughening up individually, in it’s rawness it also reminds of concepts such as fight club, where long gone necessities – like survival and fighting – are no longer replaced by our choice of dish brands or whether to choose a green or a blue Barbour jacket but regain central stage again in both social encounters/environments as in your everyday lives. With Brad Pitts body in mind we look at the Jacket on the wall, a Tuxedo lit up by a cold, blue neon hanger. As the standard choice of our “Masters of the Universe” or “Flash Boys”, it represents the uniform of the new Cowboys, or the dresses of Michelangelo’s David. The football shirt of Finance.

Scherer’s take on the broader concept is a reflection on the male gaze and it’s position, too. The large paintings in the second half of the space depict labels, headlines and the content of the very gossip and society magazines the title comes from. Andy Warhol ́s „Interview“ magazine finds its place on the large first panel. Here, it could represent a front page, which is then followed by the headlines and images on numbered pages. The story told looks like drama – blood is spilled over the spread pages and a blizzard- or thunder-hand seems to interfere with the happy narrative of two lovebirds. Almost coincidentally, this story is disrupted by what looks like fashion advertising pages in the middle. This refers back to the economy of such magazines and the re-occurring lifestyle theme and tropes of this show.

A different sort of storytelling but with the same protagonists is found in New York, a landscape painting on cardboard hung across the room. With it’s Perspex display it has the feel of a puppet show or a still out of a reality show on flatscreen, which brings us a bird struggling in the middle of the moloch of high risers and the steam of manhole covers, making his way through the dirt of the streets. On the perspex itself there is a drawing of a Ninja soldier – is it a reflection on the screen only or a romantic layer above reality, the story you invent for yourself.

This mirror element, paradigmatic for the subject at hand, continues in the work of the series Leo, which are spread across both rooms and displayed hanging on top of each other, above the fire place or casually leaning against a wall. In the shape of an antique mirror, these panels depict Leonardo di Caprio in both snapshots from his real life and in stills from past movie roles. In blending these boundaries, the work speaks of role-taking and identity politics at the same time as about how Hollywood shapes our understanding of the “Self” and how it becomes the stuff of our dreams. A play upon private membranes that often seem to blur with the influence of media, and a reflection on exhausting voyeurism to an extent where reality and dream vanish in an own created intimacy.

This moment of intimacy is re-addressed by Camp V, a one-man tent installed on the balcony of the gallery. Covered on the inside with wallpaper made out of enlarged scans of german gossip magazines discussing Leonardo di Caprio’s leisure habits, it becomes a sort of mini-model of the exhibition. A room of young vain and idols, which offers a save haven for those wishing to live in their own world dominated by allusive impressions while at the same time highlighting the tragic form of the outsider longing to become part of the club, waiting to become a member.

On the inside it is Dyson that takes on the role of the observer. A hoover turned house- man, this tattooed guy in a designer cardigan stands in the area between kitchen and salon as if he was serving the guests. A figure between butler and host, Scherer here objectives the position of the man who is dreaming of the high-life found in the magazines, reflected in the mirrors and omnipresent in our minds, yet bound up by performing everyday tasks.

In its whole, Vanity Fair creates a bridge between private and public life, building up an ironic take on the expectations and aspiration of everyday men. Operating along the concepts and ideologies of the classical salon culture, the notion and venue of the exhibition merge with the idea of Salon Kennedy in a show about un-answered prayers, the lightness of dreams and the dirt of reality. At the same time it is about two young male artist reflecting upon their own identity, possibilities and position in the world. It’s a place where glamour meets gossip, where lifestyle is celebrated and dreams become true. 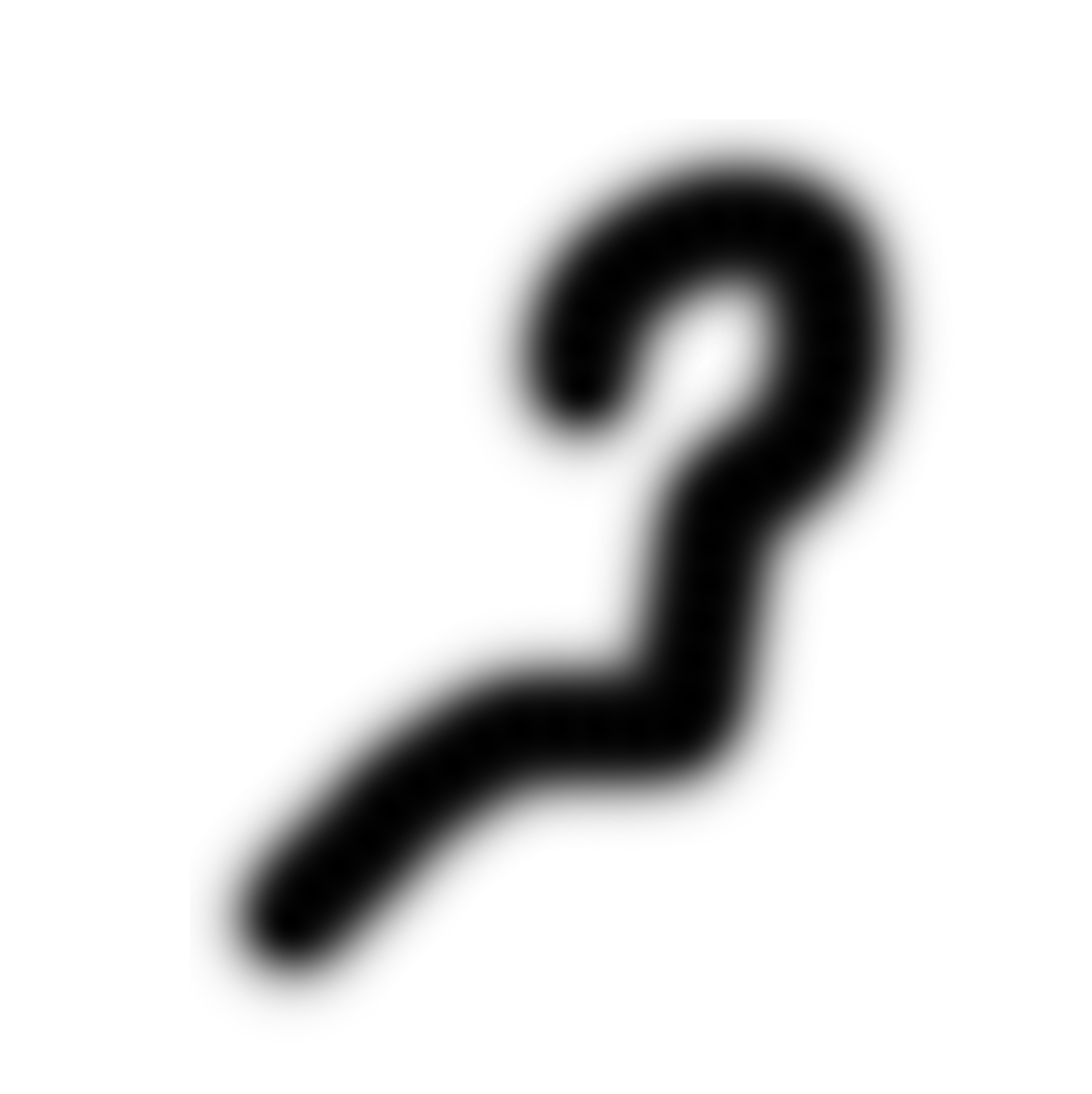